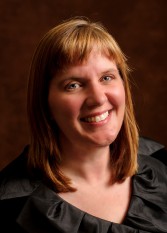 Heather Charsley (Senior and Valley Choirs) – Heather teaches music, dance, drama and visual arts to elementary students at C. R. Judd Public School in Capreol, and serves as the director of music at St.Alban the Martyr Church. She was inspired to pursue her passion for singing while attending Sudbury Secondary School as a vocal major, where she performed in several choirs and variety shows. After graduating from the University of Western Ontario with a Bachelor of Musical Arts and a Bachelor of Education, Heather went on to teach vocal music with the Toronto District School Board. While in Toronto, she studied vocal conducting techniques with conductor Doreen Rao. Since returning to Greater Sudbury in 2000, she has been a chorister and soloist with the Capreol Community Choir and currently sings with the Bel Canto Chorus. 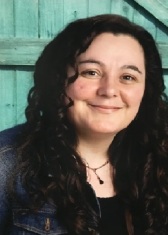 Colette Nadeau (Junior and Beginner Choirs) – Colette earned a Bachelor of Arts degree (Honours in Music) from Laurentian University in 1996, and a Bachelor of Education from Windsor University in 1997. Past voice teachers include Bette Leake and Dr. Brad Richmond. Since beginning her teaching career with the Sudbury Board of Education in 1997, Colette has taught a  variety of subjects in the elementary school setting, including music, drama and dance. She currently directs the school choir, band and other musical ensembles at R L Beattie Public School. Colette’s term as the Executive Director for the Northern Ontario Music Festival since 2007 has allowed her to promote music at the school and community levels. Colette is thrilled to be working with the YSS Junior and Beginner Choirs as they embark on their new musical adventures. 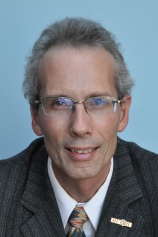 A graduate of the Faculties of Music and Education at the University of Toronto, Ralph McIntosh joined the YSS team in 2012, serving as Artistic Director during Dr. David Buley’s sabbatical year. He assumed his current roles of General Manager, assistant director and accompanist the following season. Ralph taught in Sudbury Secondary School’s Arts Education Program for over 20 years, where he was the choirmaster and musical director for many musicals and variety shows. From 2005 to 2015, he served as the Arts Education Coordinator for the Rainbow District School Board. Since his retirement from teaching, Ralph has been employed as the Education Director for the Sudbury Theatre Centre. He is active in the Sudbury community as a vocalist, accompanist, church musician, and arts advocate, and chairs the Joan Mantle Music Trust, which raises funds for musical instruments and equipment in Rainbow schools. 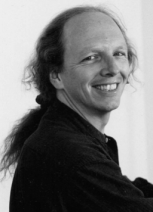 David Buley (B.A.; B.Ed.; ARCCO (Chm); M.Mus.; M.Phil.; Ph.D.) served as the Assistant Professor of Music Education in  the Concurrent School of Education at Laurentian University from 2006 to 2017, and established the Young Sudbury Singers in 2007. While in Sudbury, Dr. Buley also served as the artistic director of the Ariadne Women’s Chorus and the award-winning mixed-voice ensemble Octatonic Decadence. A practitioner of Jaques-Dalcroze Eurhythmics, he is a graduate of Westminster Choir College in Princeton, N.J., having studied with Joseph Flummerfelt.

David and his partner Jan moved to St. John’s, Newfoundland in May 2017 to assume new positions in the Faculty of Education at Memorial University.